Professional PC correlation - perfect results with completely digital technology. With the SeCorr® 300, completely digital signal processing and transmission by and large eliminates the interference which so often causes problems in conventional correlators. 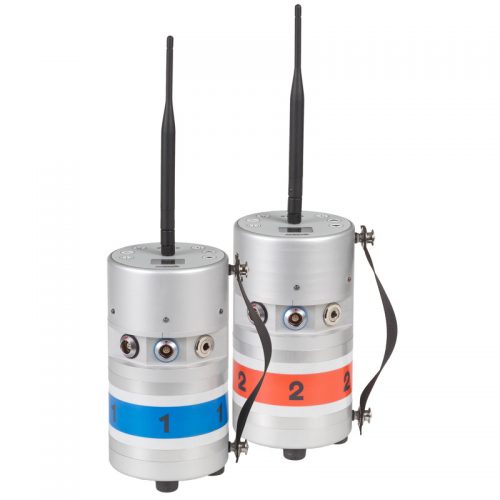 The digital radio eradicates the notorious hissing in transmission paths. Even the narrow bandwidth of analogue modules no longer poses a restriction. The noises recorded from the leak are already digitised in the microphone thus eliminating feedback via the cables. This produces significant advantages, particularly in plastic piping, where the noise emitted from the leak is, as a rule, very poorly transmitted and thus very quiet. The result is improved leak coverage in non-metallic piping, which is increasingly used nowadays in water pipe networks.

Notebooks and desktop PCs can be used to analyse the measurements, as can tablet PCs or field notebooks, for example, which have been specially designed for use in adverse conditions. Thanks to the USB standard, the system can be easily connected to the computers. Provided the computer is state-of-the-art, the SeCorr® 300 system offers the user every possibility to produce optimal results, even under difficult conditions where conventional correlators would reach their limits.